I was 12 years old, in 7th grade. I was a very decent student and was not very interruptive in class. When some of the symptoms of undiagnosed diabetes came around, I didn’t think much of it. I thought I needed to drink more water and cut back on soda and sweets. At least, that’s what my parents thought it was, I still wanted to drink soda. I would sit in class, with a large water bottle on my desk, and drink the whole thing in the first ten minutes. I was still very dehydrated but I had to use the restroom. I asked my teacher if I could leave to fill my bottle and use the restroom, since it was just the beginning of class my teacher nodded reluctantly. I went down the hall, used the restroom, and walked to the water fountain. I gulped down as much water as I could before I started to fill the bottle. When I got back to class, the same cycle began again. 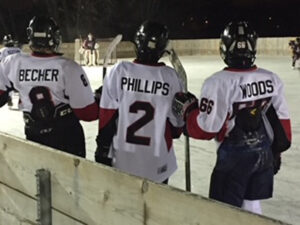 This period of dehydration and frequent urination continued for a few weeks. Each night I would wake up dehydrated, yet no amount of water could quench my thirst. Because of my dehydration, I began to lose my energy on the ice and my appetite. After a while, I couldn’t bear to continue this cycle any longer, so I asked my parents if I could go see the doctor.

Once the date of my appointment came around the corner, I was nervous. As I rode in the car to the doctor’s office, I stared and the overcast sky, watching the rain slightly drizzle down the window. I thought about how I had heard my mother talking on the phone in the house, suspicious that I might have diabetes. We walked into the doctor’s office as my thoughts swirled, wondering what could be wrong. After talking with the doctor, I was told blood needed to be drawn. My face fell. I hated needles with a passion, so I was shaking as we stepped into the room. I squeezed my eyes shut as the nurse began to draw blood.

Fast forward an hour, I was sitting at home trying to focus on my homework. The paper I needed to write sat half-finished on the screen of the computer as I thought back to the doctor’s office. I wondered if it was diabetes like my mom suspected, and what that would mean moving forward. Eventually, I wore myself out and decided to go to bed early. Once I hit the bed, I was sound asleep. I was startled awake around 10 o’clock by my dad. He told me to put clothes on and be ready to leave in the next 5 minutes. As I got ready and got into the car, I said nothing for about 20 minutes.

The lights along the highway blocked the view of the stars; there was a gentle rain falling. Nobody had yet told me what was going on, but I had a suspicion. I was afraid to ask because I knew the answer, but I did anyway, “Was I diagnosed with type one diabetes?” My parents looked at each other, concern painted on their faces, and confirmed my suspicion. At that moment, a certain calm and acceptance came over me. I knew my life wouldn’t be any easier from here, but I accepted that challenge.

When we arrived at the hospital, they already had a room waiting for me. The insulin they had ordered for me was delayed but I was starving. I was able to get a few turkey sandwiches to eat as nurses rushed in and out of the room. Later that night, when the insulin finally arrived, I was afraid of the shots, but they did it quickly and I couldn’t even feel it. After that, I passed out.
The next day was much easier. With a slight amount of hesitation, I was able to give myself the insulin shots. I also started to learn about what it meant to be a diabetic; why insulin is essential; and how to count carbs. As learned more and more about how this might affect my life, the task seemed less and less daunting than I thought it would be. I’d also like to point out that the food at the hospital was amazing, and most will agree.

As the days passed, I thought a lot about how people may treat me now. But those thoughts faded as friends and family began to pile into my room. I ran around the floor of the hospital we were on with some of my friends. A few of the nurses shouted in protest and we run by. When everyone left, the pile of diet soda in the corner of the room was huge. 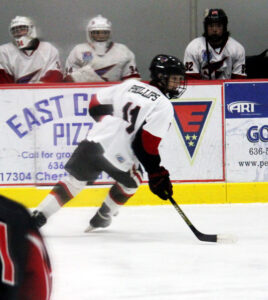 The day I left the hospital, I went straight to a party for the end of our hockey season. When I walked into the house my teammates and their parents asked me a ton of questions. Once my answers began to repeat themselves I knew I’d probably have to say the same things over and over again. As I went to the kitchen table to grab a slice of cake, I had to persuade one of the parents to let me have a piece. It was aggravating, telling someone over and over again that it was ok to let me have a piece.

The next day, I finally got to wake up in my bed. I walked downstairs and helped my mom stuff the fridge with the remaining diet soda. Nothing had changed. Everyone still treated me the same, nobody laughed or felt sorry for me. I was happy. The only real change around the house, as a place on the counter for my insulin and other diabetic needs.

My first hockey practice after being diagnosed was a bit difficult. I had lost some weight sitting around in a hospital bed for those few days, but after a few skates, I finally got my legs back under me and was able to play the same game. The only thing I needed to change, was making sure I had a Gatorade in my bag for practices and a Gatorade on the bench during games.

When you’re first diagnosed, it can be scary to think about how life may change for you or the others around you. I know I felt the same way on the drive to the hospital. However, having type one diabetes is manageable, and nobody is going to treat you differently for it. Sure, it takes time to get used to the daily questions and concerns for your health. Sometimes it may get irritating. But that’s a small price to pay.

The small adjustments you have to make to manage diabetes are just that, adjustments. Carrying around a string bag with insulin and sugar for lows isn’t a life-altering change to your life. Being diagnosed isn’t life-changing or limiting, it’s a challenge that when handled correctly, leads to a better version of yourself. Like any sport, managing diabetes takes practice, and as you go over the basics, it becomes muscle memory. So don’t worry about how diabetes might change your life because it won’t. Continue to enjoy your time with your friends and family. Just make sure you check your sugar before you eat.

An Introduction to Cam’s Curesaders Diabetes in Sports

An Open Letter to Parents

Resolutions as a Diabetic 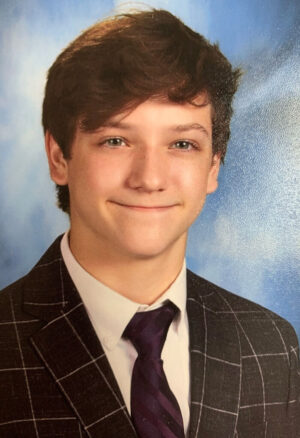